I was asked once to recommend a series or two of books for boys in the middle school to young adult age group. The woman was a librarian, who helped the English teachers to select books that her middle school students would enjoy. They had always had trouble with finding books that boys would enjoy reading, though.

My immediate thoughts went to the Susan Cooper‘s Dark is Rising series, a critically acclaimed five-book fantasy series. The series is sort of along the lines of C.S. Lewis, but different. The fourth book in the series, “The Grey King,” won the Newbery Medal in 1976. My younger brother and I both liked it. I suggested it to her, and she said she would look it up. 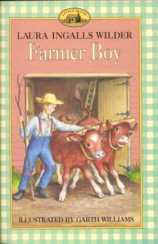 I guess you probably hear about more books out there that are aimed at girls than that are aimed at boys. Some of the classics, though, are great for boys to read. Who can ever forget reading Where the Red Fern Grows? How about Old Yeller?

My husband was the quintessential young boy who would rather have been doing anything other than reading a book. One book he loved reading growing up, though, was Farmer Boy, by Laura Ingalls Wilder. Yes, the stories that so many girls have read about Laura Ingalls Wilder’s life includes a book that’s good for boys. 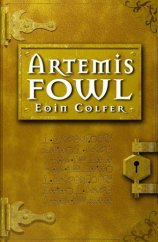 I guess I’m judging what good young adult fiction for boys is by what my brothers and I liked. Another great series to look up  is the Artemis Fowl series. By Eion Colfer (first name is pronounced “Owen”), the series is about a twelve-year-old boy who is a millionaire, a genius and – above all – a criminal mastermind. There’s a lot of British humor in these novels, which I enjoy, but there’s plenty of other things in this series for boys to enjoy reading.

If your boy is more into the whole James Bond kind of thing, check out the Alex Rider series by Anthony Horowitz. It’s about a fourteen-year-old boy who is recruited by MI6 – basically Britain’s version of the CIA. It’s an enjoyable series, without a whole lot of depth to it. (Lots of action and danger and gadgets, which is of course what most boys like anyway, right?)

If you’re looking for something with a little bit more depth, look into the Pendragon series by D.J. MacHale. It’s about a fourteen-year-old boy named Bobby Pendragon who is “catapulted into the middle of an immense, inter-dimensional conflict.” I have yet to read #9 and #10, but I have them both and may now have to pick them up as soon as I get home.

Going back to the classics, what’s wrong with The Hobbit? By J.R.R. Tolkein, the Hobbit is definitely an easier read than the Lord of the Rings trilogy, but it’s still an epic quest and adventure book featuring lots of strange and exciting good and bad guys. It will be a challenge for younger readers, but is still an excellent choice. (Tolkein wrote it for his own children, just as a random fact.)

Now, I’m a big fan of Garth Nix as a an author, and his Keys to the Kingdom series is about a boy who must recover seven keys from bad guys with the names of the days of the week. It’s a mind-bending series, like most of Garth Nix’s works.

Another fantasy one would be the Inheritance series by Christopher Paolini. My younger brother and I are a huge fan of this series. (The first novel, Eragon, was made into a movie a few years ago. It wasn’t as good as the book, but then again, movies never are.) I still haven’t read the last one in the series, but I’m looking forward to it.

If you’re looking for something for someone more into science fiction, check out Ender’s Game. My older brother was into a lot of science fiction, and he gave me this book to read out of his collection while I was in high school. By Orson Scott Card, it won the 1985 Nebula Award for Best Novel and the 1986 Hugo Award for Best Novel. I enjoyed it. It’s set in the future during an intergalactic war that has been raging for decades, and the government has been breeding child geniuses and training them as soldiers. The twist at the end of this one blew my mind. I haven’t read the others in the series, but I really liked this book.

My younger brother is a big fan of Robert Liparulo and has been reading his Dreamhouse Kings series. It’s aimed at young adults, with a fifteen-year-old boy as the protagonist. Now, Liparulo is a thriller author, and if you’re looking for something a bit creepier and mysterious, this is the series for you.

These are all of the ones I can think of for now. If you have any other series you enjoyed that boys would enjoy, please comment and add them to my list! I would love to find more series to recommend.