Home › Intrigues › Cashless society … where could this go wrong?

Cashless society … where could this go wrong?

I am one of the millions out there who rarely uses cash or coins. I use a debit or credit card for most everything, and my paycheck is delivered automatically to my checking account every two weeks. I used cash in college, because bartenders respond more quickly if you’re holding cash and so that I wouldn’t spend as much. Over the last few years, though, I’ve become increasingly less dependent on having cash in hand, instead reaching for a card.

There are lots of people recording this phenomenon over the last few years. Farhad Manjoo wrote last year in Slate magazine, “Cash is ridiculous.” It’s inconvenient and cannot be traced, so if it’s stolen, you’re out of luck, he wrote. Michael (no last name listed on the article) wrote on the Economic Collapse blog, “To a large degree, the transition to a cashless society is being done voluntarily.  Today, only 7 percent of all transactions in the United States are done with cash, and most of those transactions involve very small amounts of money.”

Michael makes some interesting points about the drawbacks of cashless, and some of the reasons why industry and banks want us to move to cashless. (Banks don’t make any money off of transactions involving cash.) Others have noted some of the dangers as well. Patrick Henningsen wrote for 21st Century Wire about a cashless society and how the current economic crisis we face today is part of that move. Since Nixon took the U.S. off the gold standard (when our money could no longer be traded in for gold or silver), paper money has really been on the way out.

David Gomez on MoneyCrashers.com has a good list of pros and cons for this. He also notes that “… some companies – such as IBM – want to take it a step further and link those wireless payments to biometric signatures to prevent your account from ever being a victim of identity theft.” 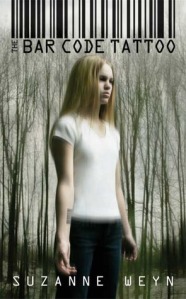 Now, maybe it’s just the author in me, but I immediately started thinking of ways where this type of a society could go wrong. After reading about the biometrics, I immediately thought of the book, Bar Code Tattoo. It’s a young adult novel about what happens when everyone gets a bar code tattoo on their arm when they turn 18, which has all of their information on it – bank account, health, etc. When they give you the tattoo, they also take a DNA/blood sample. After one of Kayla’s friends and her family gets the tattoo, suddenly their lives are ruined, because there’s a health problem in her genes. Kayla refuses to get the tattoo, and eventually has to go on the run because she is ostracized and now wanted by police for not conforming. 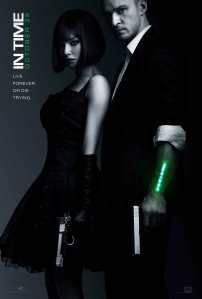 Then there’s the more recent movie, In Time, featuring Justin Timberlake and Amanda Seyfried. Money is in the form of time. People stop aging at 25, but are engineered to live only one more year. You get paid in time; you buy things with time. If you are important and wealthy, you can buy more time, essentially living forever. The wealthy live apart – separated by armed gates that you have to pay to get through – from the poor who have to fight to get enough time to live through each day. It’s a frighteningly interesting concept, but one in which I an definitely see the possible corruption.

The point is, I can think of many ways in which a cashless society could go wrong. I don’t think we have much of a choice, though. Sweden is already going cashless. If you grew up in a Trekkie family, you know that the future society there is cashless.

What are some other example of the good or bad of a cashless society?

One comment on “Cashless society … where could this go wrong?”